We already have successful franchisees across the UK as part of the Oltco team and our franchise offering is continuing to grow.

We are proud to have a team of franchisees who are completely in line with our values and our ethos to feel good about the work that we do and the decisions we make.

Each franchisee wanted to join the Oltco family for a variety of reasons however the overarching desire was to be their own boss, with a credible brand and team of dedicated experts working alongside them.

Every franchisee has undergone extensive training at our HQ in Cornwall to ensure that they are fully equipped to deliver our premium products and create the outstanding results that we are famed for. 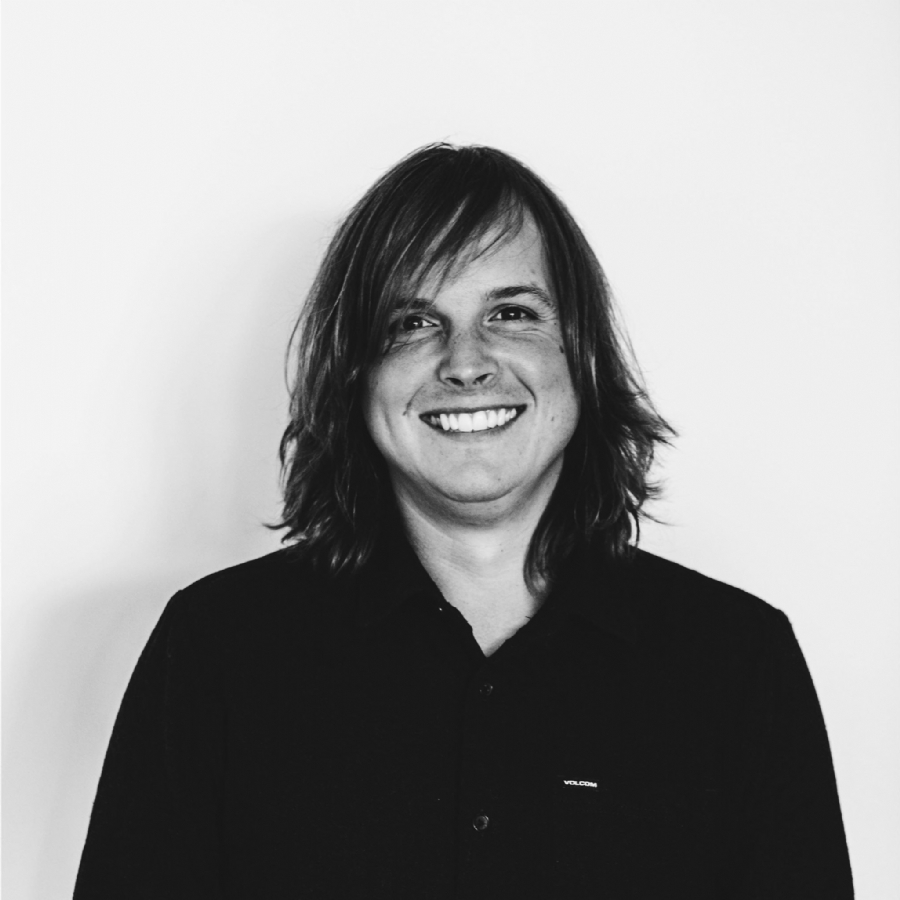 With invaluable experience working on domestic, heritage and commercial properties as a carpenter, Ben has an eye for detail that’s made him an expert in transforming properties. Meanwhile, Ben’s experience also provides him with the hands-on approach, and skills required, to deliver Oltco’s premium products.

Upon hearing about Oltco, Ben says he was inspired by Oltco’s ethos to feel good about the work they do and the decisions they make. Ben knew this was an opportunity he couldn’t miss, launching Oltco Plymouth in October 2019. 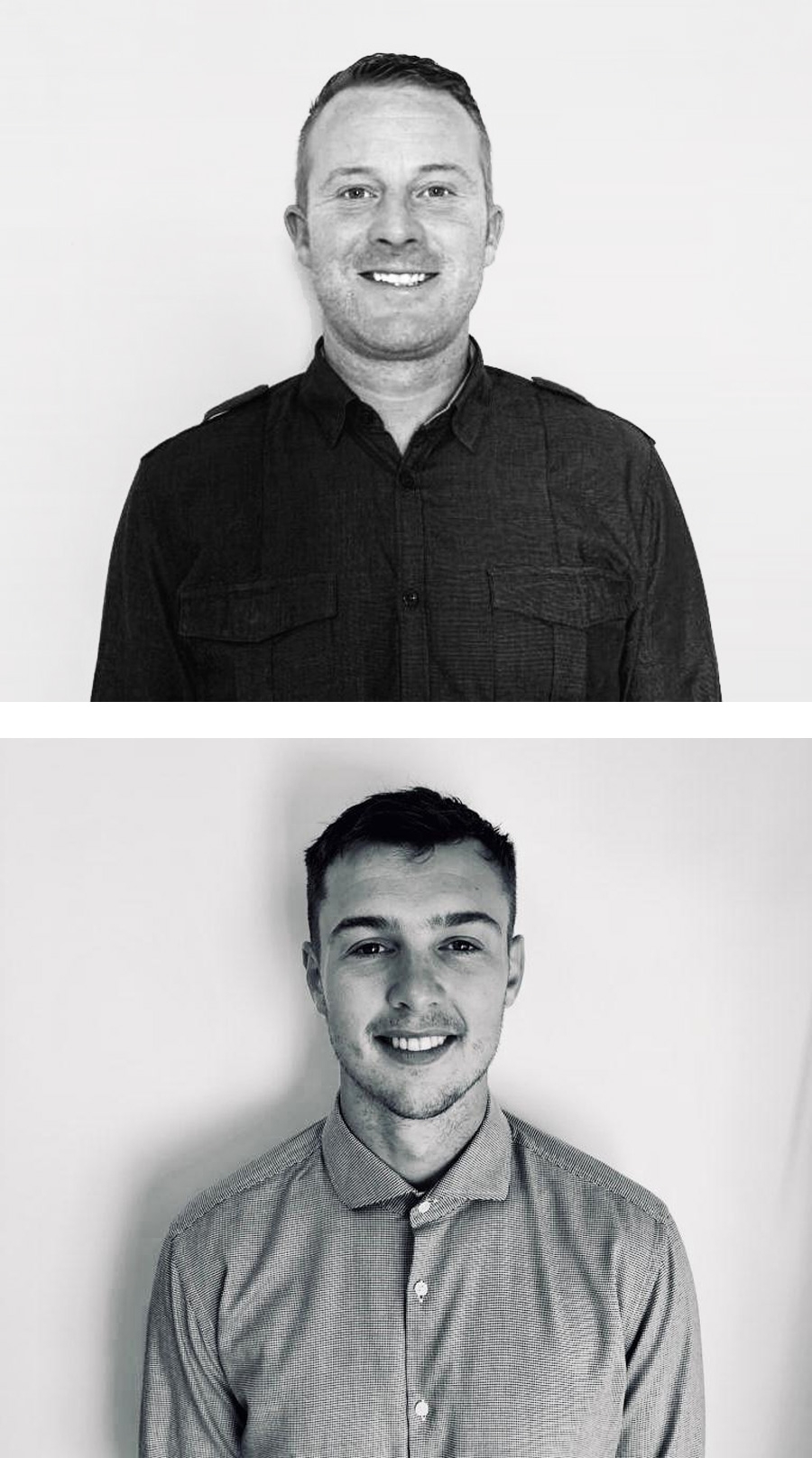 As the company’s first franchise, Oltco Blackpool launched in 2017 and has successfully been exceeding customer’s expectations across Blackpool and the surrounding areas ever since.

Jonathan was born and raised in Blackpool and has years’ of experience in the roofing trade. After receiving extensive training in resin solutions at Oltco’s HQ in Cornwall, Jonathan has developed a vast knowledge and skill base.

As the joint owner of Oltco Blackpool, Alex has been trained at Oltco’s HQ in Cornwall. Alex’s specialist skills are mixing and grading Oltco’s resin bound solutions, ensuring that our combinations are perfect for creating the durable surface we’re famous for. 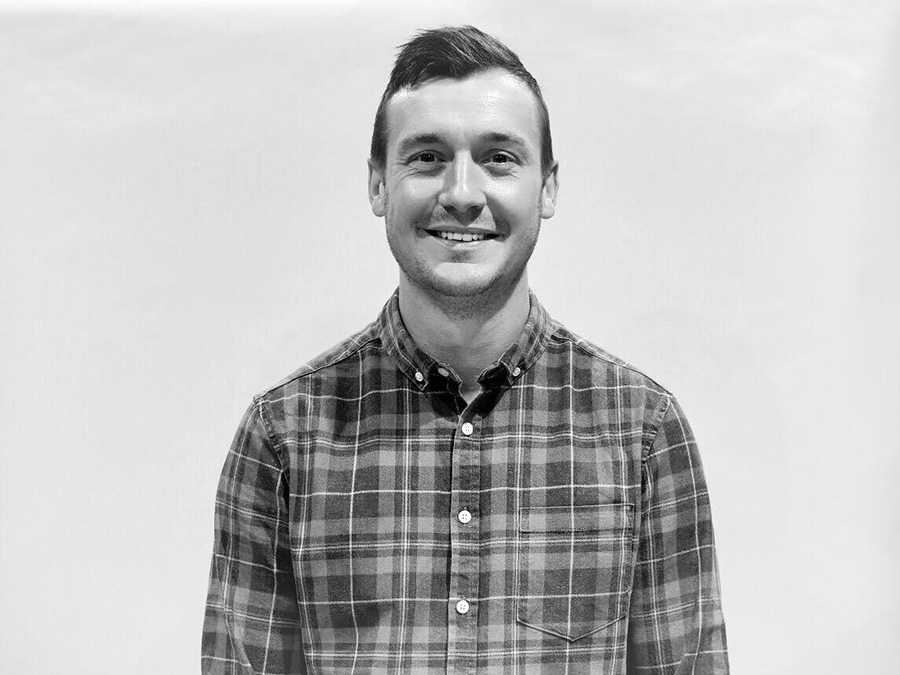 Oltco Bath is run by James Gardner who, after meeting with Oltco’s Founders, Tom and Johnny, realised that Oltco ticked all the boxes for him.

Everything about our franchise opportunity resonated with him – from our values and high quality products through to our outstanding customer service ethos.

Launching in 2019, James has a five year plan for his franchise and plans to continue to build on Oltco’s already successful business model. In the future, James hopes to introduce two or three new territories to Oltco’s growing portfolio along with having his own office and showroom. 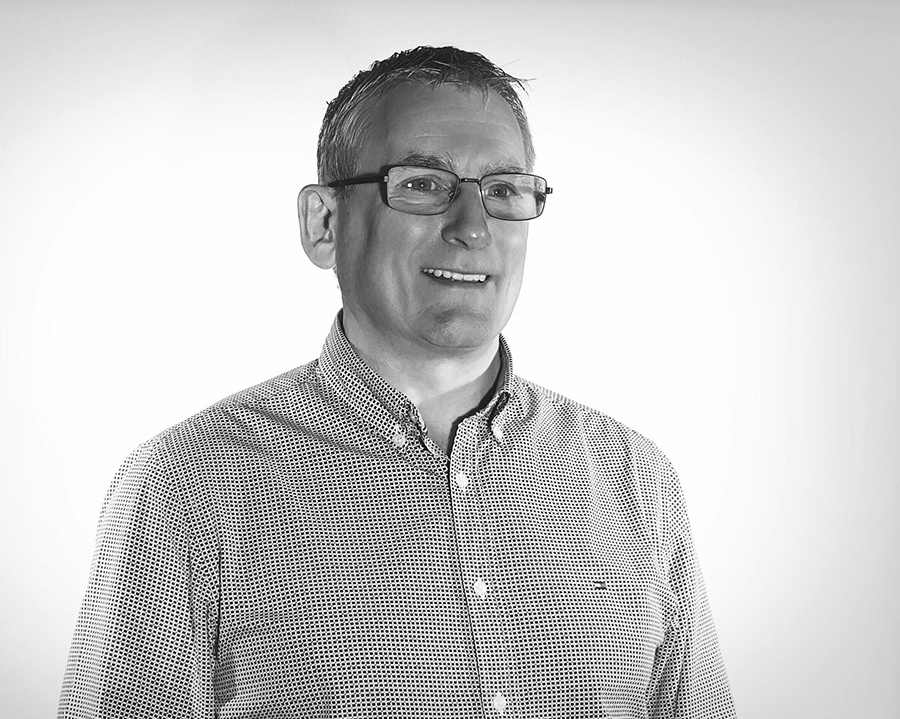 Headed up by Roger Hardaker, Oltco’s hub in Lancaster delivers resin driveway solutions to customers across Lancaster and the South Lakes region, including the major towns of Morecambe, Carnforth, Barrow-in Furness and Kendal.

Roger joined the Oltco team after a successful career as an IFA, running his own business for 25 years. Three years into his retirement, Roger decided he wanted a new challenge and as an experienced businessman wanted to run a business again and Oltco’s franchise opportunity provided the perfect solution. 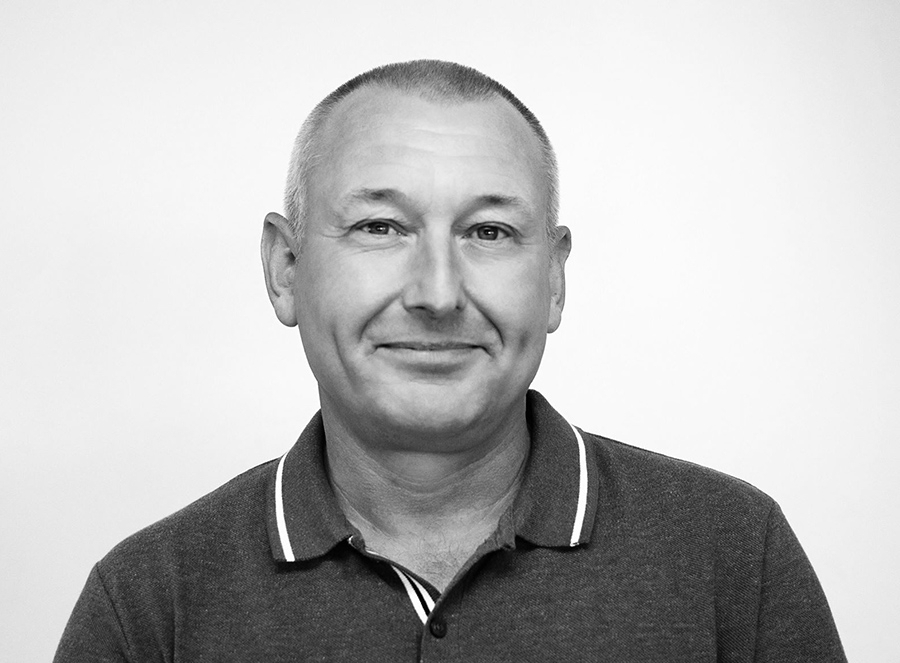 Headed up by Mark Betts, Oltco Ipswich delivers premium resin bound solutions across Ipswich and the surrounding areas including Aldeburgh, Felixstowe and Stowmarket.

Before joining the Oltco team in 2019, Mark had 35 years’ experience running his family roofing business and working within the construction industry. Like Roger, Mark decided it was time for a new challenge and was excited by Oltco’s Recycle Bound product and decided it was the right business opportunity for him.

Mark’s business experience and his skills, he was perfectly equipped to take on an Oltco franchise and the Ipswich area is going from strength to strength.

Headed up by Liam Dorian, Oltco Colchester is the first franchisee working across Essex.

As a hardworking young businessman with a background working across the construction industry, Oltco provided Liam with the perfect solution to work for himself, with a credible brand and the support of the Oltco team behind him.

At the Helm of Oltco Northwich, Cheshire is Nick Evans who works alongside his trained team of specialists to deliver superior resin bound solutions across Northwich, Cheshire and the surrounding areas including Nantwich, Sandbach, Crewe, Middlewich, Holmes Chapel and Congleton.

Nick’s career began in the hospitality industry in 1991 when he worked in a pub whilst studying Biochemistry at university. From there, Nick worked his way up through the ranks over 29 years. As part of this journey, Nick spent 15 years working alongside franchises including Pizza Hut and KFC, focusing on the growth and development of the franchises, and the individuals behind them.

After 29 years in the hospitality industry, Nick decided it was time for a new venture and after hearing about the opportunity to join the Oltco family by coincidence on two separate occasions, he decided to find out more about the business.

Nick’s brother, a local business owner, who Tom and Johnny have supported and a business contact of Nick’s, who happened to be our Franchise Consultant and Director, Nick Carnes, both felt that Nick would be the perfect fit for the business and shared this opportunity with him.

After realising that his values and ethos were totally in line with Oltco’s, and that his experience as a Franchise Coach could bring a totally new skillset to the team, Nick launched Oltco Northwich, Cheshire in 2019. 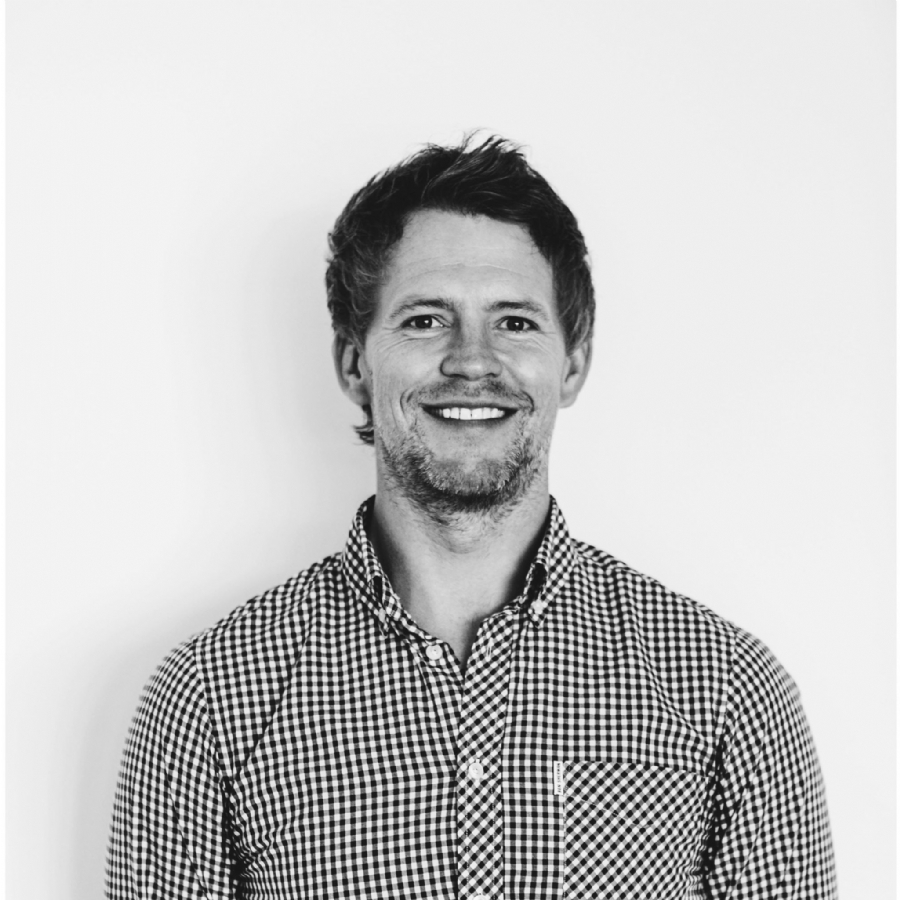 Headed up by Adam Smith, Oltco Derby delivers premium resin bound solutions across Derby and its surrounding areas, including nearby towns and villages.

Adam began his career in customer service, before moving into various sales, marketing and account management roles. Most recently Adam worked for Hilti, global providers in the construction industry.

Throughout his career, Adam has always known he wanted to become his own boss, deciding it was time for a new venture in 2019. Adam was determined to marry his flourishing career with his passion for the environment, providing excellent customer service whilst maintaining brilliant customer relationships.

When Adam heard about Oltco, he says he immediately knew that he wanted to be part of such an “innovative and exciting enterprise, particularly to be able to offer Recycle Bound to the Derby area”. Launching Oltco Derby in 2019, Adam has made his dreams a reality.

Headed up by Brian Wright, Oltco Gloucester delivers premium resin driveway solutions, including its sustainable game-changing product, Recycle Bound, across Gloucester and its surrounding areas, including Stroud, Stonehouse and Dursley.

Brian loves surrounding himself with positive people, as well as giving back to others, so when the opportunity to do both, and work in an award-winning, values-led business came up, Brian knew it was something he wanted to be part of.

As part of Oltco Gloucester’s commitment to the environment, alongside offering Recycle Bound, Brian offsets his environmental impact by being part of the Carbon Footprint scheme, with 5% of his profits going towards planting trees.

Brian is excited to bring Oltco to Gloucester, as he is “driven by making a difference” throughout 2020 and beyond. 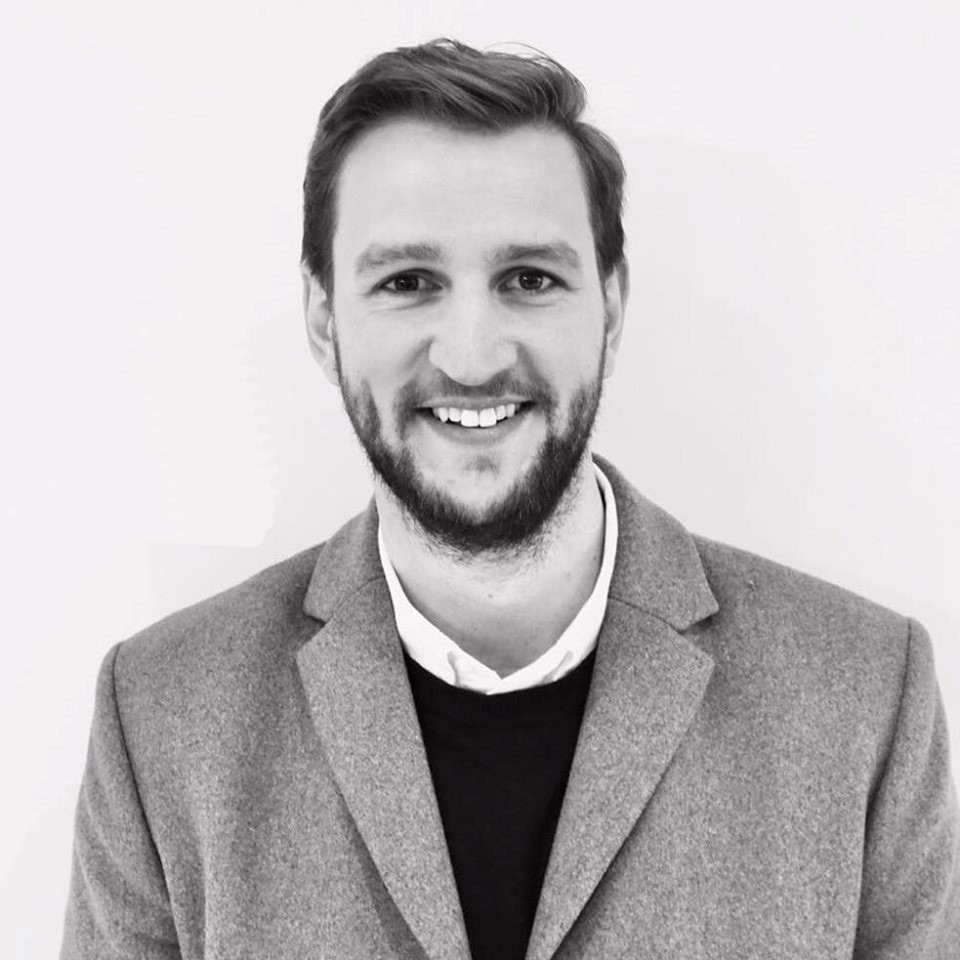 Providing resin bound solutions across the city of Liverpool and its surrounding areas is Phil Power and his talented team of experts.

Phil prides himself on delivering the highest quality installations on every project. He has a passion for the environment and strives to work sustainably whenever possible, championing Oltco’s award-winning Recycle Bound product.

Phil brings a true entrepreneurial spirit and his 10 years of experience in engineering and business development has provided him with the best skills and knowledge to deliver excellence. Through his franchise, Phil is working towards supporting the local community and plans to run an apprenticeship scheme for young people looking for a new career. He ticks all the right boxes, is totally in line with our ethos and we’re delighted to have him as part of the team. 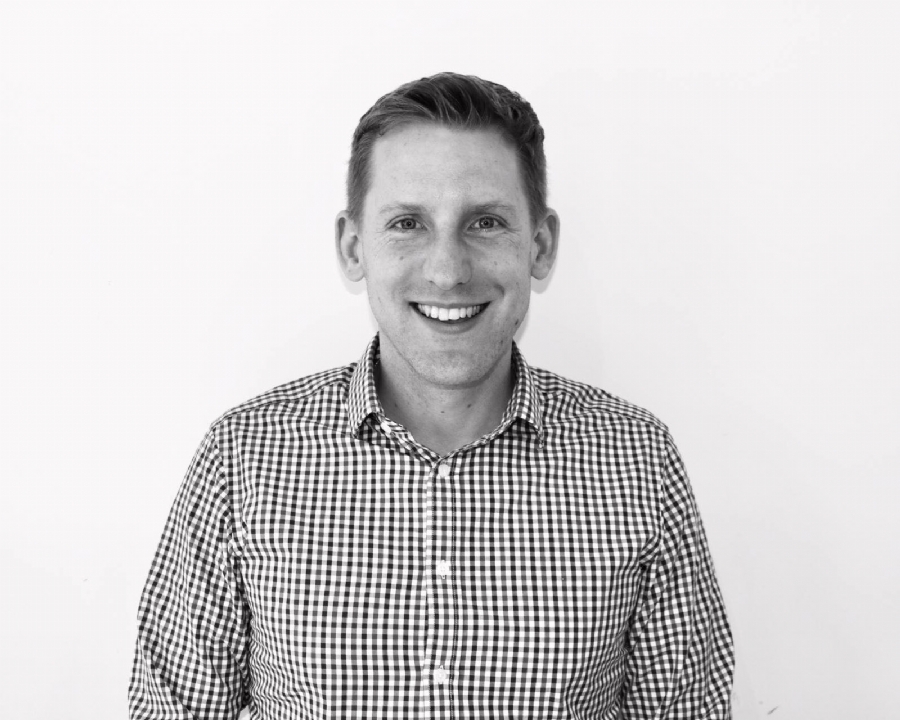 Rob has 10 years’ experience running successful businesses across a range of industries including landscaping, marine and retail. This experience, and the knowledge in landscaping means that Rob is well equipped to deliver the excellent results Oltco has become renowned for since launching over 15 years ago.

When Rob heard about Oltco’s innovative Recycle Bound product and the driving force behind this, he was instantly impressed and wanted to be a part of the Oltco family and to offer this product to his local community. Following the success of his first area, Oltco Bournemouth, Rob sought the opportunity to expand and launch Oltco Southampton so he could expand and continue to deliver Oltco’s leading sustainable resin solutions.

As a business, Oltco’s values and ethos are totally in line with Rob’s and he completely resonated with Directors, Tom and Johnny, as well as the rest of the team. 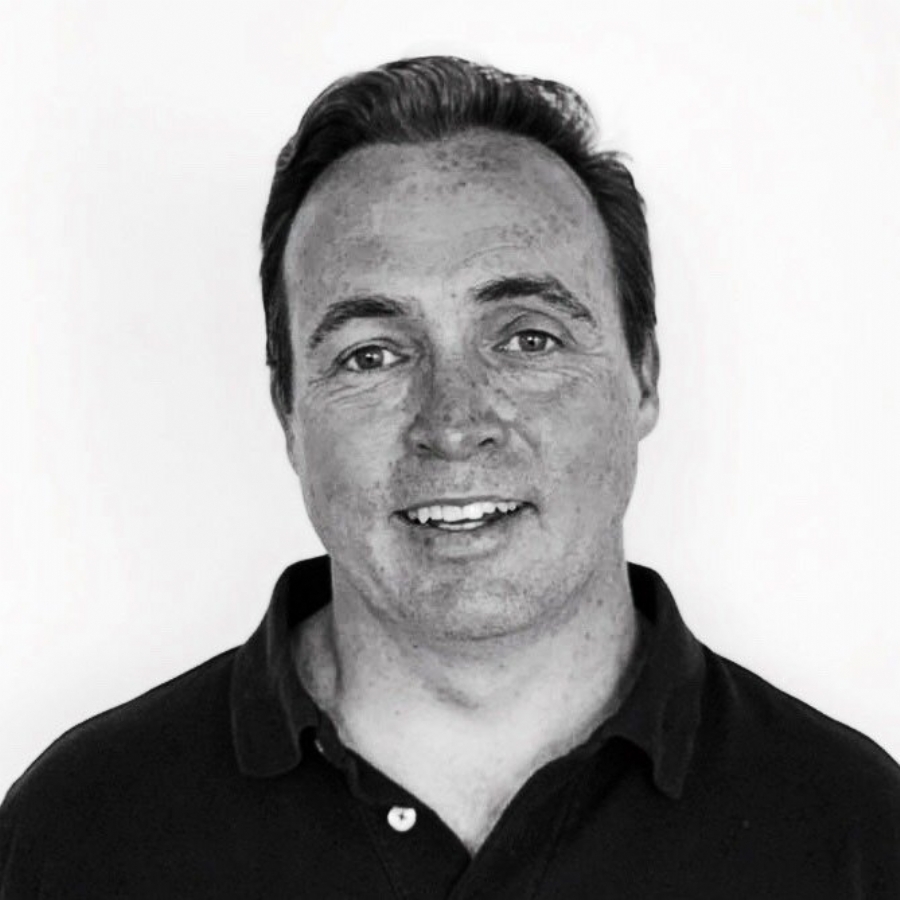 Leading the way in Upminster, you will find Richard Moore who, alongside his trained team of experts, deliver premium resin driveway solutions, including our award-winning innovative Recycle Bound product, across Upminster, Romford and the surrounding areas.

Oltco Upminster is the first location to deliver Oltco’s premium resin surfaces to the London area.

Oltco values a great work life balance, so when Richard heard about this, he jumped at the opportunity as his previous experience revolved around working in fast-paced industries with little balance. Richard enjoys being able to represent and grow the Oltco brand whilst also being able to spend more time with his family as this is what is truly priceless to him. 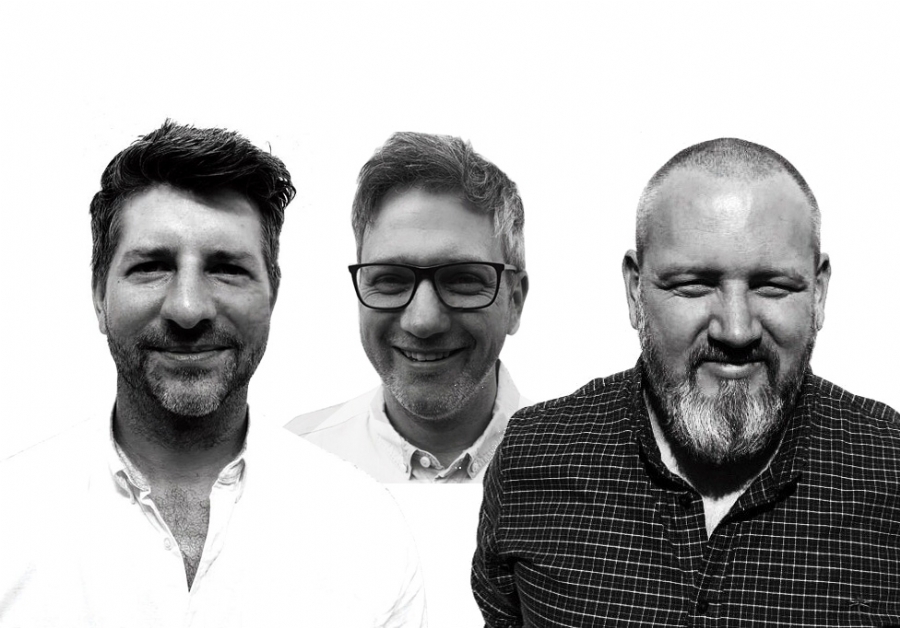 Growing up together, this childhood bond has grown from strength to strength over the years and the team’s combined previous experience in the design and installation business, and the franchise hospitality sector, perfectly equips the trio to deliver excellent customer service and high-quality resin installations across both areas in the Midlands.

Their passion for safeguarding the environment and giving back to their local communities, and their drive to expand the business, highlights Adam, Jon and Jamie as the ideal people to lead two Oltco franchises.